The Deaf Sheepdog Who Learned to Herd Through Sign Language 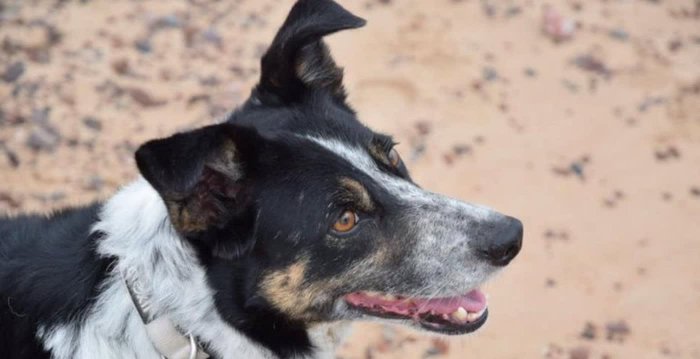 Peggy was what you might call a career-driven sheepdog. For nearly eight years she herded sheep in Norfolk, England, until one day tragedy struck. Peggy lost her hearing and was no longer able to communicate with the herder.

Peggy’s owner gave her up to the local RSPCA, but that isn’t where her journey ended. The shelter was nearly at full capacity when she came around, they wouldn’t be able to properly accommodate her.

Not wanting to turn away an animal in need, the manager of animal welfare Chloe Shorten decided to take Peggy in and care for the dog herself.

Chloe and her husband Jason could clearly see that Peggy missed her former life. She was restless now that she was no longer herding sheep on a regular basis. The Shortens knew that something had to be done.

They got to work teaching Peggy how to use sign language to communicate with a shepherd. Peggy was very enthusiastic to get back into her sheep-herding career.

She picked up the hand signals quickly and, while she’s still not fully back in the workforce, is enjoying her newfound communication.

Most importantly, this method of sign language allowed Peggy to understand the love and praise her new owners heap upon her!